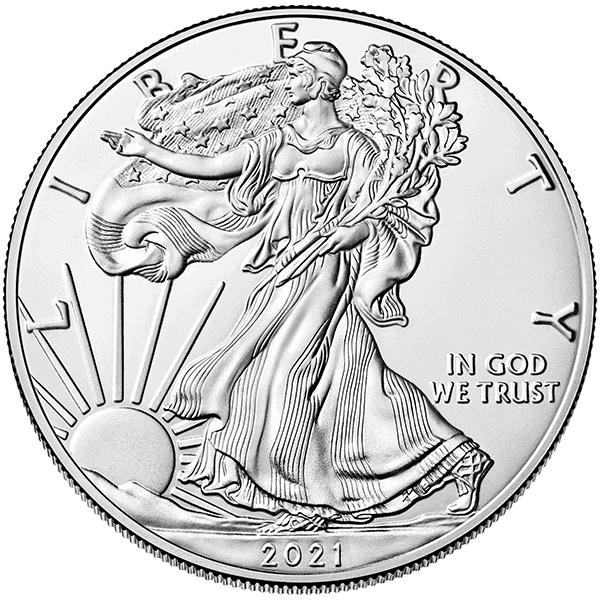 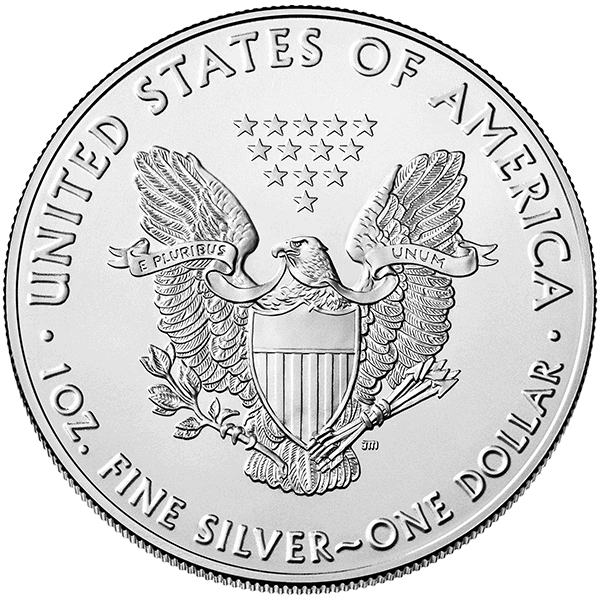 The Silver American Eagle is one of the best-selling silver coins in the world! The 2021 release of the coin will be the most exciting in recent memory at the US Mint. Not only is the 2021 Silver Eagle the 35th-anniversary release of the coins, but it will also come with a new design on the reverse later in the year.

The heraldic eagle of the United States is found on these early 2021 Type 1 American Silver Eagle Coins. First designed in 1794, the heraldic eagle on this face of the coin was modified by John Mercanti for the debut of this series.

These 2021 1 oz American Silver Eagles are available for purchase in BU condition. The coins will ship individually inside of protective plastic snap cases. Multiples are housed in mint tubes of 20 coins or in Monster Boxes of 500 coins that include 25 tubes of 20 coins each.


Not here before? You need to create an account to checkout.

There was a problem processing your order

When you enter an order on our system, we require a valid credit credit for check or wire payments per our Market Loss term and conditions.

Once you lock in on your order, you will receive an email confirmation itemizing the metals you have purchased and the dollar amount of your transaction. This confirmation will include our payment instructions. Settlement is expected the day after you lock in on your trade and if your payment goes beyond two days you may incur finance and collection fee. Once we receive your funds, we will forward tracking information to you so that you can monitor your delivery. If you choose to do so, you may cancel your order or return it however you will be charged for any market movement against your transaction. In the event that your metals are not delivered in the condition advertised, we will exchange them for you at no cost to you.

You have been sent an email to verify your request. Once your reguest has been verified, you can sign in to view your account.

You have been sent an email to reset your password.